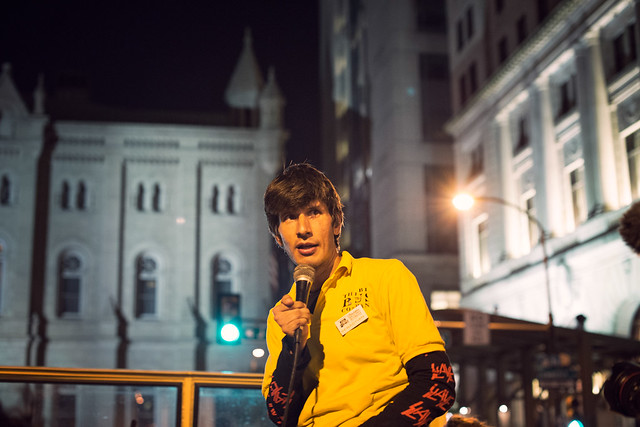 Birdie Busch has been making and recording independent music from her home base of Philadelphia for a solid decade. A combination of loyal radio support across the U.S with every recording, live touring, and solid albums put out both herself and on adventurous independents like Bar None Records has created a constellation of connect the dots that has many people listening to her music and making the claim that it’s some of the best they’ve known.

Four full lengths and an Philadelphia themed EP has had her creating sonic song soundscapes with some of Philly’s finest musicians, producers, and engineers. Critics from American Songwriter to Village Voice have found her of kindred spirit from everyone from Syd Barrett to Eudora Welty, and seem to just keep referring to what she does as her own thing and appreciating that strange place where it resides. City Paper says, “She’s noisy when she might’ve hushed up, nervy when most are relaxed, funny when others stay forlorn and dressy when she could be buttoned-up.” It’s this comfort to contain multitudes that has had her and her band sharing stages with everyone from Richard Thompson and Richie Havens to Dr.Dog and Junip.

Based in Philadelphia, Charles Cohen has been composing and performing electronic music since 1971.

He specializes in collaborative, cross disciplinary projects with theater, dance, music, and media artists, and is singularly interested in live performance and improvisation.