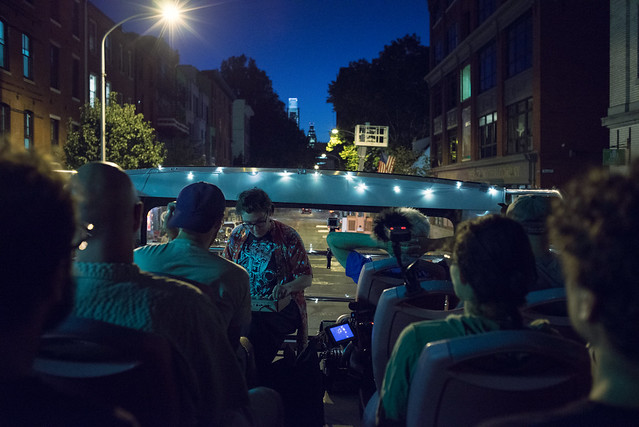 Charles Cohen has been characterized as a “special and singular musician” with a highly developed and refined voice. His music is entirely improvisational, produced solely on a vintage Buchla Music Easel synthesizer, a rare analog instrument designed in the early 1970s. Cohen has been playing his self-described “beeps and boops” since he first acquired a Buchla Music Easel in 1976, one of only 25 ever produced, and remains committed to exploring its unique qualities. He has studied with musical mavericks such as accordionist and electronic composer Pauline Oliveros and jazz pianist Cecil Taylor, and is dedicated to the art of abstract improvisation, seeking out collaborations with fellow musicians who share his love of spontaneous creation during live performance. Cohen has performed regularly in Philadelphia for nearly four decades.

Diamond Blazer – Imagine a bi-polar crackpot old lady inventor’s underground laboratory, on a tiny lush island, where flying bugs have jet engines with rainbow exhaust fumes and cocker spaniel puppies bark daisies. It’s a jam with a micro korg, a mini korg, an sp404sx, a mic, a uke and a magnapooter (c/o Neil Feather). This will be the third experiment in performance with these parameters. The results will be added to Diamond’s ambitious research project: metamorfeces.