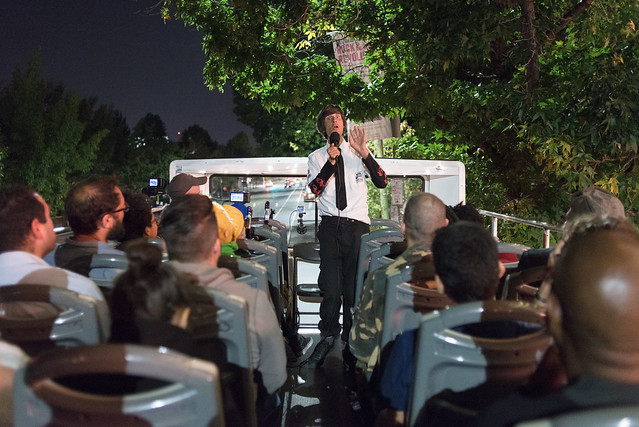 Camae Ayewa is an interdisciplinary artist based in Philadelphia. A musician performing under the name Moor Mother Goddess, she has toured in Europe and the U.S., and has performed at numerous festivals, colleges and universities sharing the stage with King Britt, Islam Chipsy, and Claudia Rankine. A soundscape artist with work featured at Samek Art Museum, Metropolitan Museum of Art Chicago, and Everson Museum of Art, Camae is also a singer in punk band The Mighty Paradocs

From that point, Kevin has gone on to found and produce several albums of his ongoing Lukumi-percussion/avant-garde jazz hybrid project Sonic Liberation Front, while Hotep co-ran the ensemble JazGuardian, performed & produced music with Rogi Kenyatta’s La Tumba, and has toured & recorded with Sun Ra’s Arkestra, under the direction of Marshall Allen for 15 years.