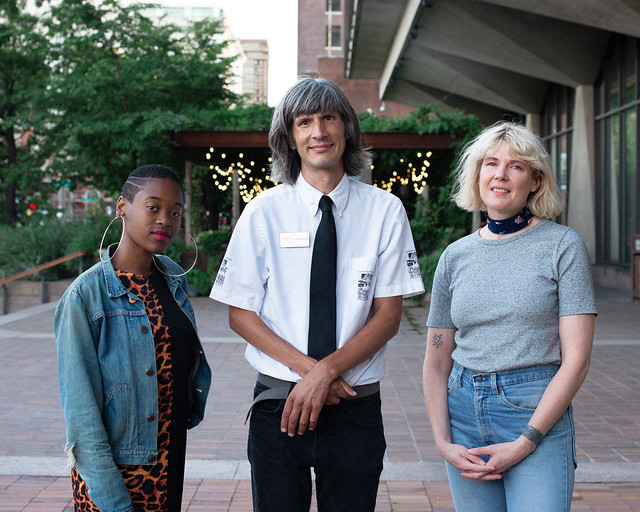 Philadelphia-based musician Rosali (Long Hots, Wandering Shade) wrote the songs for her second album, Trouble Anyway, seeking empowerment by sharing openly on love, power, aging, suffering, confusion, self-doubt, and anger. Resulting in a full-bodied record that is at once sweeping and intimate. A vulnerable and powerful exploration of emotional narratives, Trouble Anyway showcases her background in diverse musical styles from free improv, garage rock, country, pop, to folk-infused song-craft. Following up her 2016 debut Out of Love (Siltbreeze), named one of the top 100 records of 2016 by Uncut Magazine, Trouble Anyway is a cohesive collection of lush, intimate rock songs, featuring her warm, natural vocals and powerful riffing and rhythm guitar, approaching the sublime.

Seraiah Nicole is a national performer & activist. This Philadelphia native expresses herself by singing, songwriting, spoken word poetry, acting, rapping & curating events. She has been featured on PBS Articulate, The Philadelphia Inquirer to name a few and even has her music play on FM & AM radio stations like WURD. Ms. Nicole has shared a bill with world renowned artists like Sheila E, Quest Love, PNB Rock! Keke Wyatt, Free Way, Monica, Angela Yee and more. She states “art brings positive changes to the world. Art has made a huge impact on my life and many more. The creator of all things, God, has given gifts to us all. It is my duty to use my gift to acknowledge God, enlighten & uplift myself & others. ”