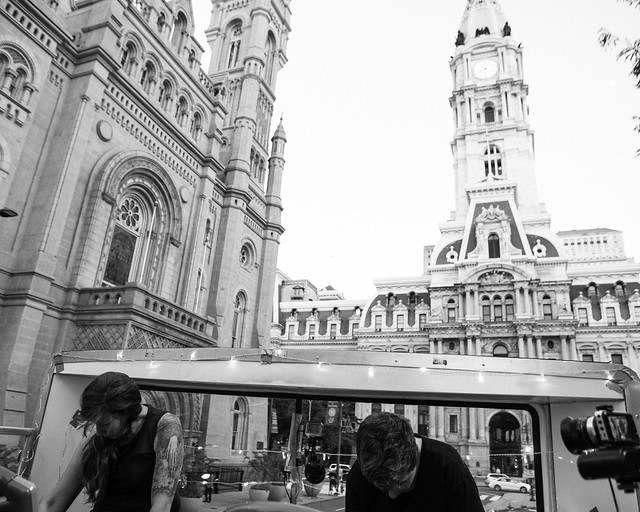 Called “A virtuosic technician with abundant creativity,” Dan Blacksberg has become a major voice carving out new paths in both Jewish and experimental music. Primarily through his trombone playing, but also as a composer, educator, concert organizer, and sometimes record producer, Dan has excited audiences and empowered musicians in his hometown of Philadelphia, and around the world. From performing and recording with traditional klezmer musicians like Elaine Hoffman Watts and Adrienne Cooper, to experimentalists George Lewis and Anthony Braxton, to performing with his own groups Electric Simcha and Deveykus (the worlds only hardcore simcha band and Hasidic doom-metal band respectively), his work spans from the traditional to the avant-garde and radical spaces in between.

Tessa Ellis is a recent graduate of the Curtis Institute of Music and is building a career as a freelance artist in Philadelphia. Passionate about performing works written by living composers, she is a member of the Arcana New Music Ensemble and Opus 5. Tessa is spending the next academic year as a Community Artist Fellow focusing on early childhood music education in partnership with William Cramp Elementary and Project Home.

WOLF DEM is a live electronics duo from Philadelphia, conceived in the fall of 2012 by two longtime DJs who bonded over similar musical backgrounds and a mutual desire to explore the bleeding edges of electronic music. Using both digital and analog tools and drawing on a highly diverse range of influences, WOLF DEM grew from its original concept- “what your dreams would sound like if you fell asleep in an old warehouse where someone had left a dancehall station playing on the radio”- into a focused aesthetic, at once chaotic and hypnotic, sitting at the intersection of Caribbean music, techno, noise, and field recordings. Past releases include a record for Great Circles and cassettes for Vague Audio Tapes and End Result Productions; later this summer, they’re slated to release a new cassette with Embalming Lately.