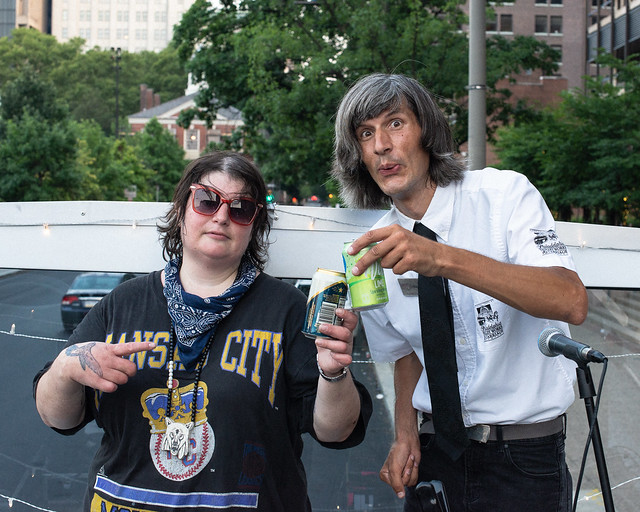 A mainstay of the Chicago jazz scene and an active recent addition to the New York scene, jaimie branch is an avant-garde trumpeter known for her “ghostly sounds,” says The New York Times, and for “sucker punching” crowds straight from the jump off, says Time Out. Her classical training and “unique voice capable of transforming every ensemble of which she is a part” (Jazz Right Now) has contributed to a wide range of projects not only in jazz but also punk, noise, indie rock, electronic and hip-hop. branch’s work as a composer and a producer, as well as a sideman for the likes of William Parker, Matana Roberts, TV on the Radio and Spoon, is all on display in her debut record Fly or Die – a dynamic 35-minute ride that dares listeners to open their minds to music that knows no genre, no gender, no limits

Sebastian (Darkly) Petsu makes sound art centered on live manipulation of cassettes, the components used to play them, and controlled microphone feedback. In his sonic work. he aims to create a combined sense of pulsing, swirling, and growling. For this event, Sebastian will be combining soundscaping with the dry-witted narration that has become his trademark as host of the Double Decker Music Series.