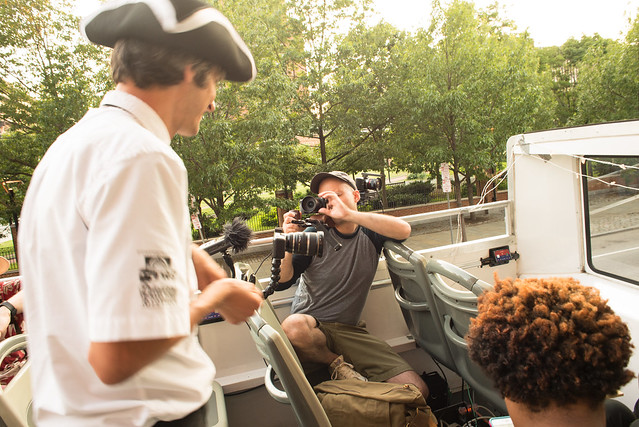 Sound mechanic Neil Feather has been creating radical and unusual musical instruments since 1970 and is increasingly known as one of the most original musical thinkers of his day. His instruments each embody uniquely clever acoustic and engineering principles, and are visually arresting. The music he plays on the instruments is equally original, embodying new principles and resulting in a nearly alien idiom of music.

He’s been involved in Baltimore’s fertile and eccentric culture since moving there in 1985. He was a founding member of the Red Room Collective and the High Zero Foundation. His instruments are featured in the contemporary ballet “Sunset o6.39 Hours” produced by Ballet X in Philadelphia. He is a 2016 John Simon Guggenheim Memorial Foundation Fellow in the field of music composition.
.

“We are fed up with divisive rhetoric / actions and are seeking communion. Together, through our art, we explore themes of futurism relating to personal identity and working against the isolating effects of racial politics and social stratification.”